Led by Jasmine Jackaldoom, daughter of Sid Jackaldoom, Empress Uzerekid Wormwarper’s Mummy Rot is the house band at Sid’s Gas, Grub, and Grotto in Västernorr. Mummy Rot plays a wide range of rock songs, but tend toward alternative, punk rock, or riot grrrl. In practice they tend to sound like a mash-up of Nico Vega and Snake River Conspiracy; go listen to “Beast” and “Vulcan” for an idea. 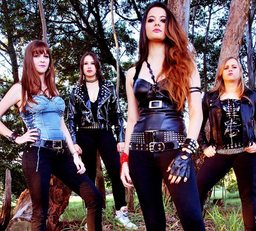